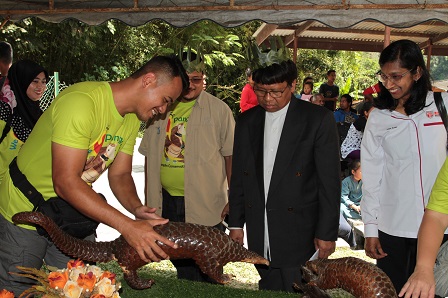 The community project which involved 870 participants, was sponsored by UPM under the ‘Knowledge Transfer Grant Scheme’. It is a joint venture between UPM, PERHILITAN, Batang Padang Orang Asli Welfare Association and Sekolah Kebangsaan Batu 14, Tapah. 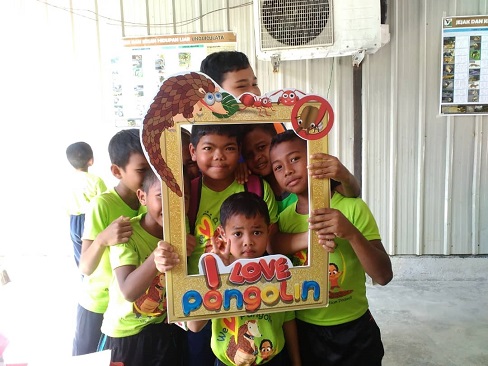 To make the programme more exciting, UPM organised a Drawing Competition and Pangolin Conservation Programme with the Orang Asli Community at Sekolah Kebangsaan Batu 14, Tapah with an aim of raising awareness among the students on pangolin conservation efforts, an endangered species in this country. 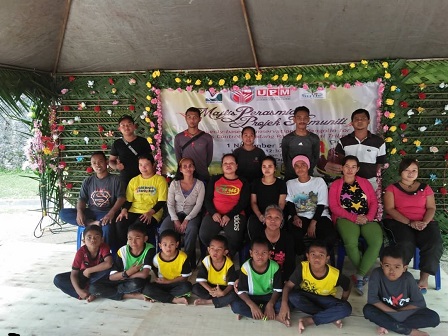 The drawing competition and the Pangolin conservation awareness programme would instill love towards wildlife among the pupils of the Semai community in Batang Padang.

The Semai community and school pupils in Batang Padang also presented dancing and singing performances with ‘pangolin’ as the theme. Survey, making pangolin origami, guessing the number of pangolin scales, blow piping and mini exhibitions were among other activities held.

Pangolin, a wildlife species endangered by poaching and smuggling due to its high price, is a natural biological control of termite species, the main tree pests in the forest.

Pangolin can be found in forest areas around Batang Padang; however, its number has been reduced due to poaching activities.

It is hoped that the project would open up opportunities for all parties including universities, schools and the local communities and authorities to collaborate in the conservation efforts of pangolin in Batang Padang for the well-being of the Semai orang asli community and the preservation of nature.