﻿﻿ Formula To Get Rid Of Black Spots, Fungus In Papaya, Found By Faculty Of Agricul | FACULTY OF AGRICULTURE

SERDANG, August 19 - Papaya, banana and mango planters often face the problem of post-harvest diseases  ringspot or Anthracnose  where black spots on the fruits will grow bigger, causing the fruits to turn bad. Ringspots which are triggered by virus attacks Colletotrichum gloeosporioides  will reduce up to 80 per cent of harvesting output of ripe fruits. This problem will soon be a thing of the past. An innovative research by Universiti Putra Malaysia (UPM) has succeeded to find a solution to hinder the growth of fungus on fruits. Researcher of UPMs Department of Plant Protection of the Faculty of Agriculture, Associate Prof. Dr. Kamaruzaman Sijam and a former PhD student, Dr. Farah Farhanah Haron,succeeded to find a formula to make fruit skins, stronger and durable against fungus attacks. Dr. Farah Farhanah was still completing her doctorate when they came up with the formula. According to Dr. Kamaruzaman, through the innovation, the fruits could last for as long as 10 days (room temperature) and 30 days (cold storage), thus enabling the fruits to be marketed and exported easily. He said the formula was found through the use of Allamanda leave extracts, also known as Bunga Loceng tree. Of the five varieties of Allamanda trees, including Allamanda cathartica, Allamanda blanchettii, and Allamanda oenotheraefolia, the most durable is Allamanda cathartica variety Jamaican Sunset as its anti-fungus elements are the most active. It is also easy to get and plant. He said the research conducted at a laboratory commenced three years ago by Dr Farah Farhanah, and it started to show positive results two years later. Allamanda leaves were dried before they were blended to become powder. The powdered form was then extracted and formulated, turning it into a liquid formula via nanoemulsion, said Dr Kamaruzaman. It was then dissolved into the water. The fruits were then dipped into the water or sprayed with the formula, making them stronger against fungus attacks, he said. Meanwhile, Dr. Farah Farhanah said the anti-fungus solution from Allamanda leave extracts could control ringspots not only on papayas but also other fruits such as bananas and mangos. The application of the solution on the fruit surface as a coating element does not only serve to control Anthracnose disease specifically, but it also helps in maintaining the freshness of the fruits and delaying the ripening process without affecting the sweetness or quality of the fruits, she said. The product, therefore, could help to increase the nations export revenue as it is environmental-friendly and free from chemicals, thus posing no danger to the people and the environment. She also said plans were afoot for the product to be manufactured on an industrial-scale production while discussions were being carried out with interested local entrepreneurs for the production and marketing of the product. The research innovation has won two gold awards for innovation at the Malaysian Agricultural Innovation Challenge (MAgIC) 2014 and the International Invention & Innovation Exhibition (ITEX) 2015. Dr.Kamaruzaman, meanwhile, said the idea to use Allamanda leaves as anti-fungus agent for fruits came about while he was attending the 2nd Asian Conference on Plant Pathology in Singapore in 2005 when a working paper presented discussed about the tree which was processed into pellets which were then used to control and fight soil-borne diseases.  UPM. 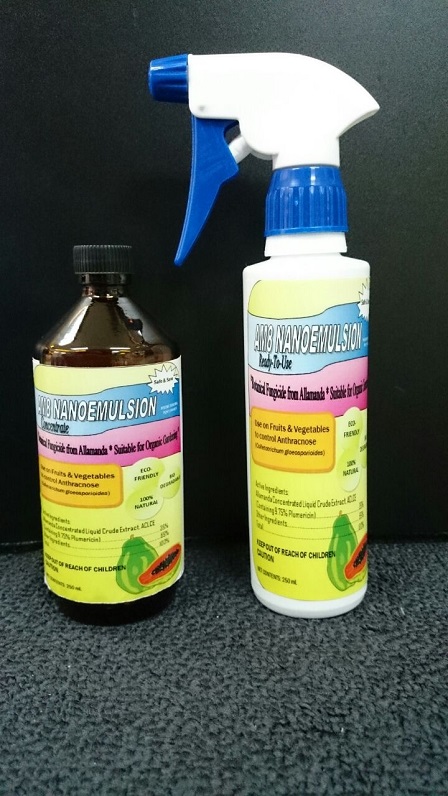 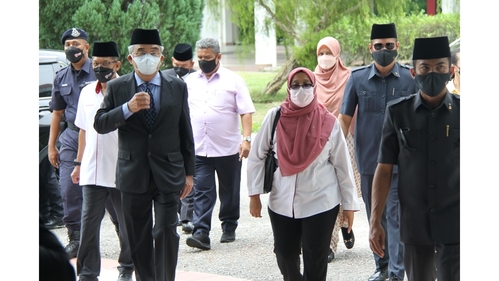 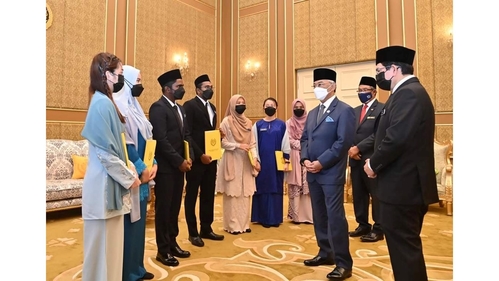 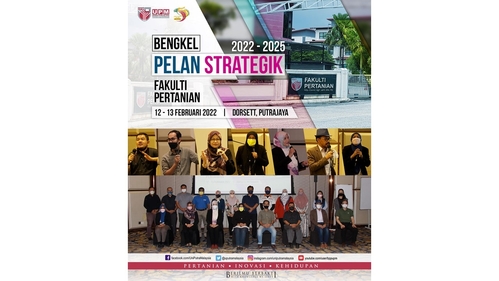